Cheer on Team Canada as they take on the world during the last stage of the 2016 Ski Tour Canada. Winners will recieve FIS crystal globes. It's just one of the many events happening during the 45-day Canmore Winter Carnival.

Get ready for the final stage of the eight-stage Ski Tour Canada as it rolls into beautiful Canmore. Races include the sprint, skiathlon, freestyle and pursuit. All races are held at the Canmore Nordic Centre, a first-class Nordic venue with over 60 kilometres of groomed trails and one of the largest snow-making systems in North America. Canmore is no stranger to hosting world-class competions; it was the venue for the 1988 Olympic Winter Games Nordic competitions.

SPRINT RACES - The Individual Sprint starts with a time trial in the qualification round. Skiers start every 15 seconds, with the 30 fastest qualifying for the quarterfinals. That's where they face off in heats of six. The first two to finish in each heat move on automatically to the semifinals, along with the two skiers with the next fastest times. The semis follow the same process, with the grand finale featuring the six fastest skiers in a showdown for the stage win. 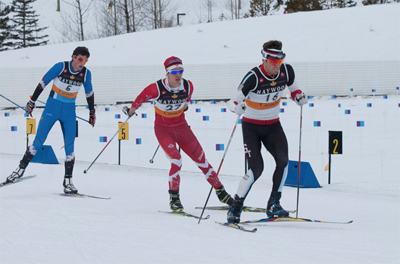 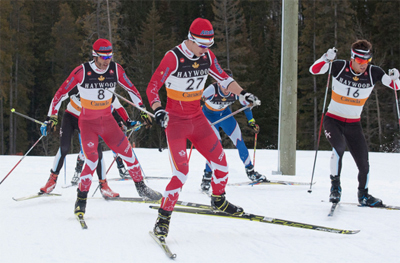 FREESTYLE RACES - Skiers start individually at set intervals for the a test of strength, endurance and pacing and it's the race against the clock. The aim is simple: complete the course as quickly as possible. Skiers start at 30-second intervals with the fastest skiers (the Red Group) getting preferential starting positions. Fastest time wins. 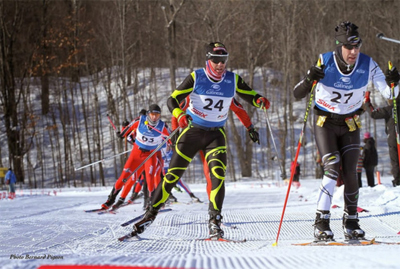 PURSUIT RACES - This competition all about the thrill of the chase. The pursuit event is an exhilarating race format that sees the tour’s overall leader start first, only to be pursued by the skiers behind him or her in the general classification. Skiers start one by one at intervals determined by their current time deficit in the overall standings. The leader;s goal is to fend off the chasing skiers and hold on for the win. First skier across the line wins the race, but skiers can also compete for “fastest time of the day” prizing, too.

Cheer on Team Canada as they take on the world in Canmore. The event part of the 45-day long Canmore Winter Carnival