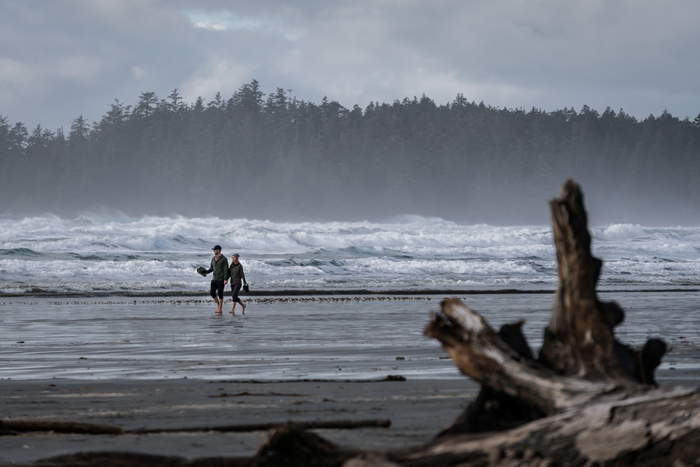 Words and Photos by Chris Istace

Along the western shoreline of Vancouver Island lies a rugged and wild region. Situated between Clayoquot Sound to the north and Barkley Sound to the south, this area has been home to the Nuu-chah-nulth-alt (people along the mountains) people for over 5,000 years. The Chief was responsible for everything he could see or touch, living or non-living from his people to the ocean and mountains. They valued the respect and connection to all life and where they called home. This connection is still alive and well through the Pacific Rim Whale Festival.

The Pacific Rim Whale Festival, entering its 32nd year, is the vision of passionate First Nations and non-First Nations area residents. The non-profit society was started to create awareness about their pristine eco-system, the then endangered grey whale population, and their coastal traditions.

With the vibrant communities of Ucluelet and Tofino along with the Pacific Rim National Park Preserve as the hosts, they set stage for an incredible event. The event as named focuses on the estimated 20,000 migrating grey whales that pass by feeding along the shores of the area. This happens between February and April, which is why March is a perfect time for the event.

Susan Payne helps lead the charge and bring the event to all the expected visitors. She’s excited about the festival’s goal to “Inspire Educate & Entertain,” March 10-25 with endless activities and opportunities for festival-goers to experience the whale fest. 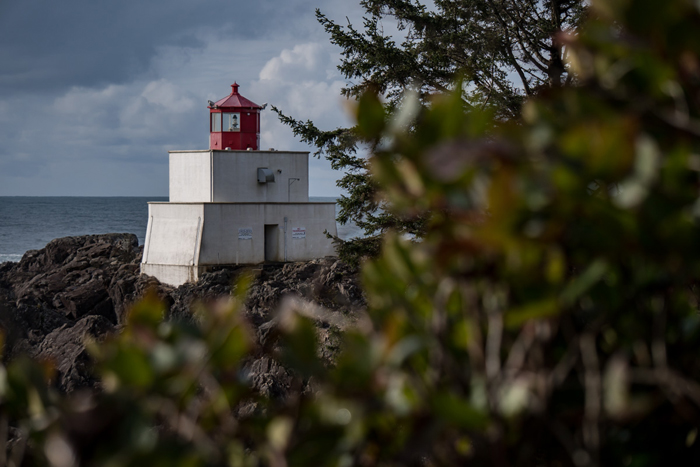 Payne is keen to share the fun activities and give kudos to the festival organizers who have used the event to educate the public about important environmental and conservation topics. There will be more than 15 speakers over the two weeks, kicked off after the opening parade March 10 in Tofino. That evening world-renowned Ian McAllister, co-founder of Pacific Wild, award-winning photographer and writer will be the special guest speaker thanks to Ocean Outfitters.

There are so many activities to participate in, says Susan, it’s hard to keep track of them all. The one that stands out for her is the beach cleanup at Wickaninnish Beach and Maritime Kids Days from March 21-22 with Bobs & Lolo performing as special guests.

The Chowder Chowdown has become a highlight of the event with anywhere from 500 to 600 people attending. This fun taste-testing event puts locals and restaurants to the test to create the tastiest seafood chowder and win the title of Best Chowder. Barnacle Blues Concert at Black Rock resort is a fun way to let loose a little after a fun day outdoors and take part in this fundraising event.

With all the events going on, you’re also guaranteed a wonderful time taking in all the beautiful sights of the region. I had the chance to go on a guided coastal hike with Kevin Bradshaw who is co-owner of Hello Nature. Their company does hiking trips as well as incredible guided kayak trips. 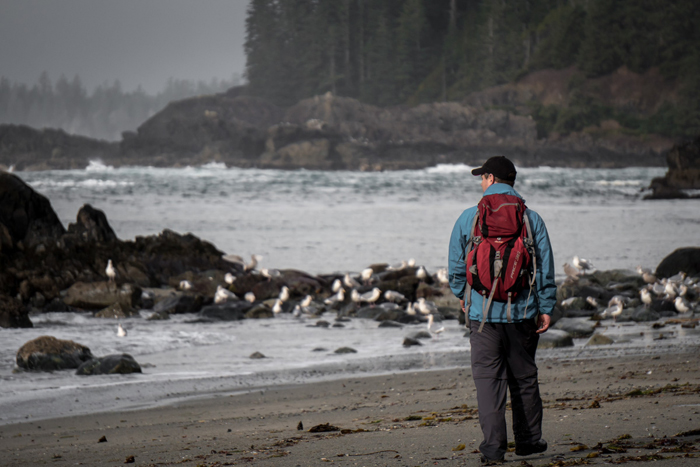 Bradshaw took me on his Coastal Explorer hike, which took us along the ancient lands of the Ucluth people near Wya Point. We saw old growth rainforest, sandy beaches and waves crashing on rocks, including the famous Ukee Blowhole that shoots waves over two storeys high if the conditions are right. The hike costs $50 for four hours but during Pacific Rim Whale Festival the hike will be $30 and 25 per cent of the proceeds go to help support the whale fest.

While in Ucluelet, I headed back into town after my hike to grab a coffee and a snack. There is no shortage of little cafés to visit and power you onto the next activity. For me that activity was a stop at the southern tip of the Wild Pacific Trail and the Amphitrite Lighthouse. The lighthouse, built in 1915, overlooks Barkley Sound and its rocky shoreline along the trail is a prime whale-spotting location. 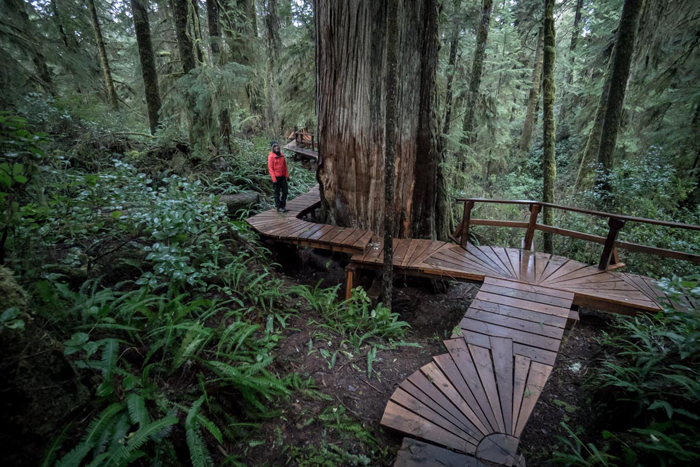 Next stop, a must in Ucluelet and Tofino, is spending as much time as possible in Pacific Rim National park. I hiked one of the park’s top attractions, The Rainforest Trail, with Crystal Bolduc, parks promotion officer. The Rainforest Trail is a 1-km loop on a completely rebuilt boardwalk that takes you beneath the canopy of an ancient old growth forest.

Crystal says March is a great time to visit, because aside from the whale festival, the crowds are much smaller. But note, there are a few changes this year. The Green Point campground will open early at the beginning of March. The park is waiving pass fees for all children under 17 years of age in 2017. Lastly, the Kwisitis Visitor Centre will be open seven days a week during the festival.

Heading north through the park you can visit popular spots like the world-famous Long Beach. Stretching over 16 km, the sandy beach has stunning vistas where you can surf, hike, explore and relax. Other hikes like Schooner Cove and Radar Hill are two more not to miss. 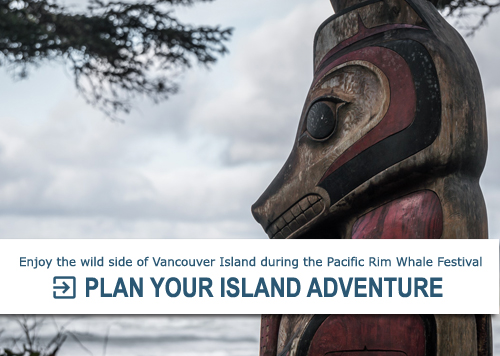 With over 90 events throughout the nine days of the Pacific Rim Whale Festival it will be hard not to fall in love with Vancouver Island’s west coast.

Be sure to go to the official Pacific Rim Whale Festival website for more information.

Ucluelet is located at the other end of the road heading south along the Pacific Rim National Park.