Splish, splash, speed! Get set for the fast-paced, action-packed International World Championship Bathtub Race in Nanaimo, B.C.  There’s good reason why this event has been happening since 1967.

It had attracted "tubbers” from around the world who bring their “bathtubs” – racing vessels of every stripe - to race to the finish line.

The race is just one of many fun events happening around town during the four-day festival. Enjoy island arts and crafts, good times in the beer garden, local food vendors, live music and entertainment for adults and kids alike. 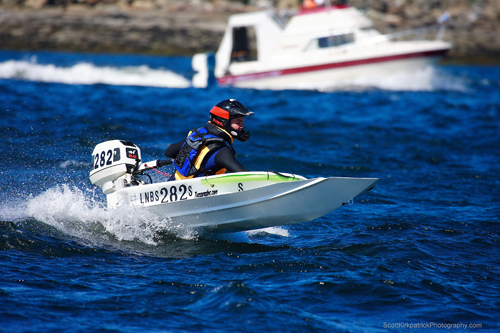 Nanaimo harbour was the scene of a bathtub race extravaganza at the first race in 1967, which was Canada’s 100th Birthday. As the City of Nanaimo’s “Centennial Event” more than 200 tubbers in every type of watercraft imaginable entered the fun competition and amazingly, 47 completed the 36 mile course to Vancouver’s Fisherman’s Cove across the Straits of Georgia.

Concerts in the park

During the weekend of the bathtub races, there will be various vendors and live entertainment available for your enjoyment when you are not watching the "tubbers" race.

For up-to-date details on the "Concerts in the park", check out the official event page.

Check out the bathtub races - then go sooth the soul with a waterfall hike, have a watch for what’s in store.

Check out these places to stay while visiting. Ready to hop into a bathtub and get on the ocean?