NANAIMO - Have you ever wondered what Shakespeare’s works would be like if they were presented like sports commentary? How about if they were packaged as a rap?

These are just two innovative ways the Vancouver Island Shakespeare Arts Society faced the challenge of trying to integrate 37 plays and transform them into a hilarious theatrical romp lasting just under two hours.

The resulting production is what I had the chance to see in Victoria, B.C., making the complete works of Shakespeare funny, relevant and accessible to the audience in the performance aptly titled,The Complete Works of William Shakespeare (Abridged!)”

Anyone planning to attend one of the Shakespeare By The Sea in Nanaimo, Sept. 15 to 17, will love this production and have a newfound appreciation for Shakespeare. The cast and crew takes their show on the road, with this the third season in Nanaimo and sixth overall.

Peppered with pop culture references and hilarity, the troupe has found the recipe for making The Bard cool to a modern audience. The plot lines are easily understood, including the lesser-known plays from Shakespeare’s impressive body of work. Playful innuendo, interpretive dance and impeccable comedic timing made the show memorable and exciting.

During the intermission at the Victoria production, I had the pleasure of talking to Robert Light, artistic director. He provided a thorough and enlightening biography of Shakespeare and his complicated family relationships. 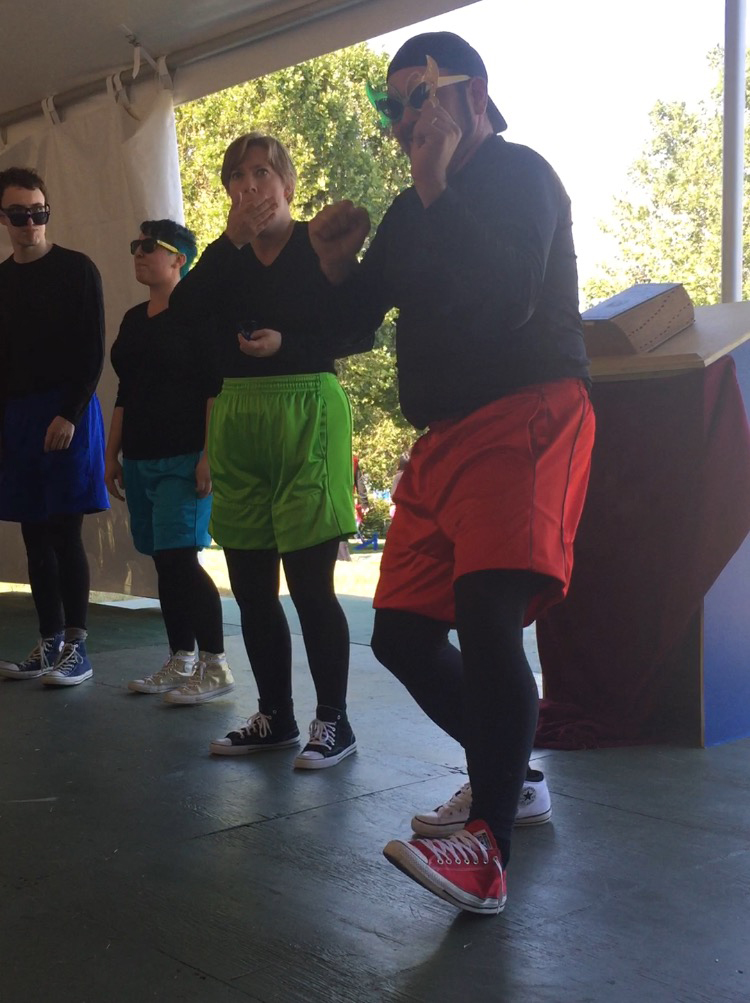 He also shared his thoughts on the upcoming show in Nanaimo at Shakespeare By The Sea. The weekend will feature three runs of the Complete Works and two runs of the emotionally complex King Lear. We enjoyed the view of Fisherman’s Wharf in Victoria, but the view for Nanaimo audiences will be just as special.

The tent in Nanaimo will be angled at Pioneer Waterfront Plaza so the plays are presented against the backdrop of Protection Island. The tent has exceptional acoustics, making the sound truly come alive.

Audience participation made the experience even better and the historical accuracy was optimized for laughs with some of the characters portrayed in drag. The cast had incredible chemistry and worked together to produce an exceptional work of comedy. Some of the humour is on the grownup side, however it’s all in good fun.

Experiencing this play was part of a relaxing day trip that started in the Fraser Valley. We arrived by BC Ferries, a relaxing way to arrive at the show, which gave us the chance to sample the onboard menu both on the way there and back. Along the way, we savoured the sea air on the outer decks.

The BC Ferries schedule makes it possible for mainlanders to enjoy the show easily. If you choose to stay the weekend and enjoy both shows, check out these easy to book hotel packages from Tourism Nanaimo.

Grab a snack while checking out Shakespeare by the Sea. Did you know Nanaimo is home to the Nanaimo Bar Trail? If you have time, take a tasty self-guided adventure through the city and sample some treats.

Heading to Nanaimo to catch some Shakespearean shenanigans? Check out these places to stay while visiting.

Ready for Nanaimo’s Shakespeare by the Sea? Share this page with your drama-loving friends and start planning.