Texada rocks: It all starts with a music fest and a blissed-out vibe

Texada rocks: It all starts with a music fest and a blissed-out vibe

Texada is one of Canada’s largest islands. Ever heard of it? If not, you should because it rocks.

Here are three things you need to know about Texada Island:

•    It’s home to an epic oceanfront campground called Shelter Point.
•    It puts on amazing festivals like the Blues Fest, which gets you shoulder to shoulder with performers.
•    Pssst, you might get “Totally Baked” on the island (read on).

FestivalSeekers is stoked to bring you the scoop on why Texada Island rocks. 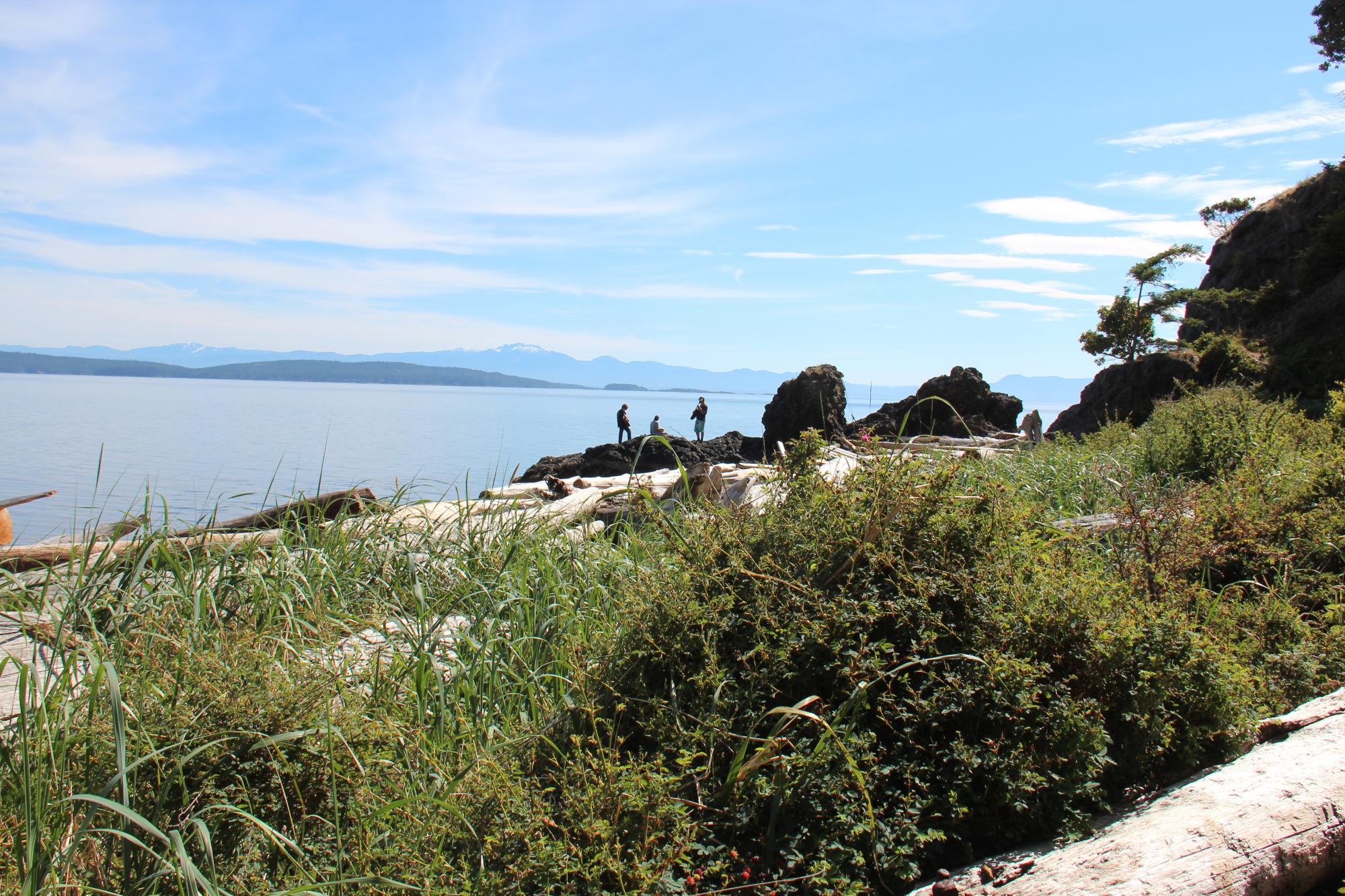 You'll be treated to chill ocean views for miles when you explore Texada Island.

For starters, in early August, put the Texada Blues & Roots Festival on your radar. It’s perfect for any festival seeker looking to make a golden discovery. 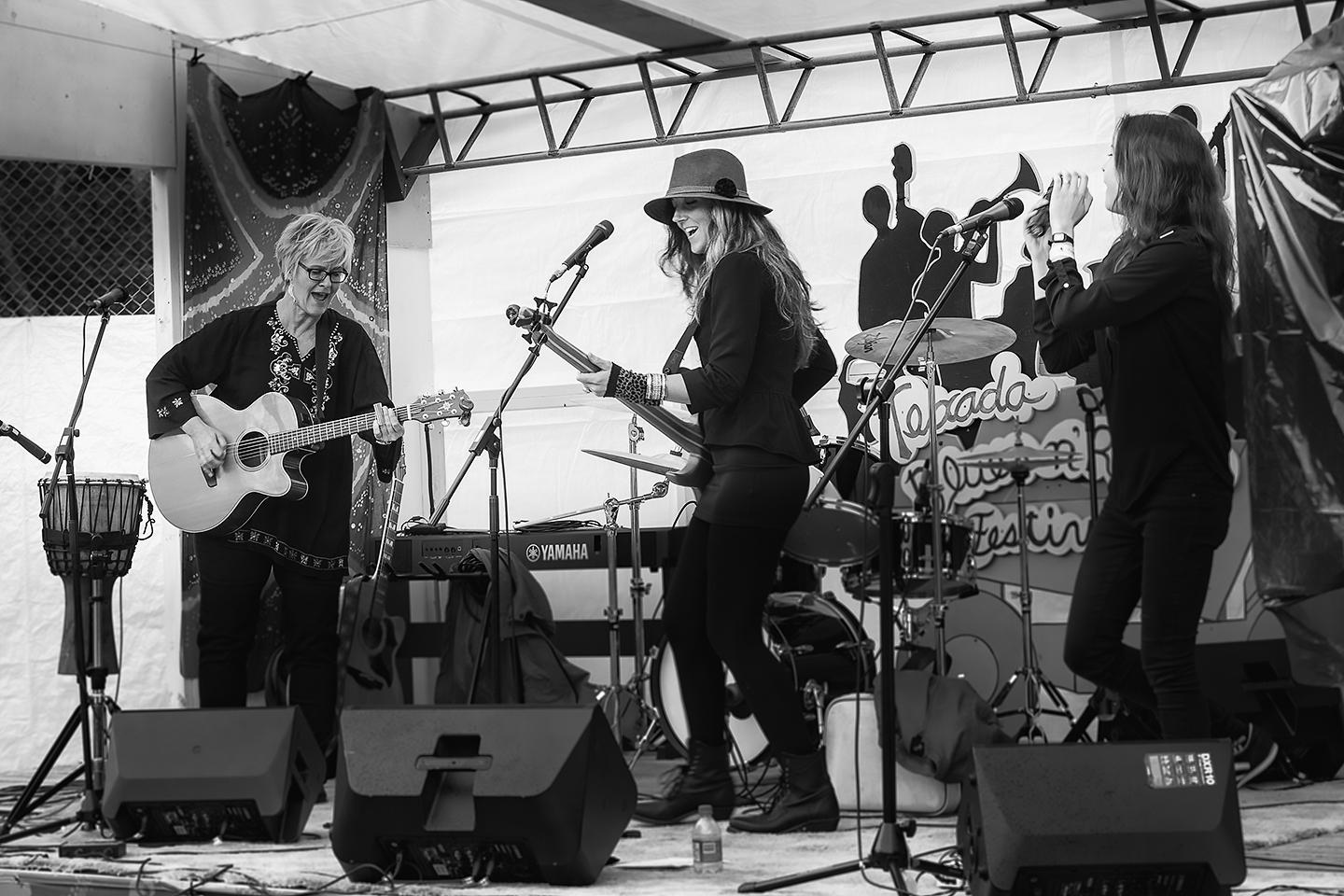 Get shoulder to shoulder on Texada Island with the Blues & Roots Festival performers.

The size of this island alone will impress you – stretching from Parksville all the way to Comox – Texada tip-to-tip spans 50 kilometres. In the midst of it all, this is an island that likes to show people a good time and is full of amazing discoveries. That includes the annual Sandcastle Festival, the Diversity Festival, or the Texada Blues & Roots Festival, which I learned a lot more about on a recent visit. 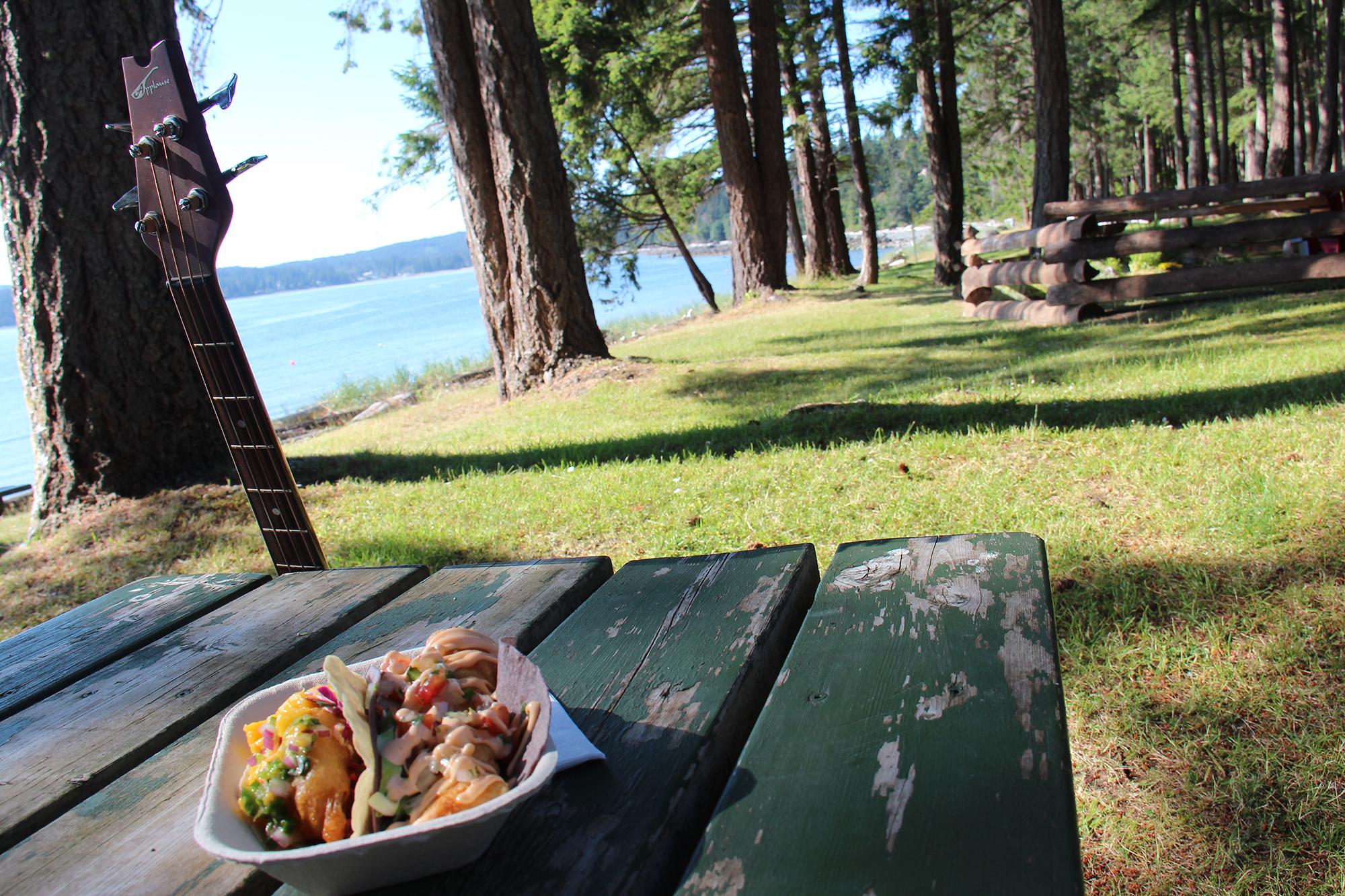 Camp or picnic on the edge of the ocean at Shelter Point.

What’s to explore on the largest of B.C.’s Gulf Islands? Learn more at our partner’s Outdoor Vancouver site about Texada’s top spots to play a guitar or just chill.

Texada’s legend and lure go back hundreds of years. You could write a book on the history of this place. It was first a hunting and gathering island for thousands of Indigenous peoples across the west coast, then became one of the most lucrative whaling stations in the world, supplying much of North America with valuable whale oil around the turn of the century. It also has a rich limestone mining heritage. 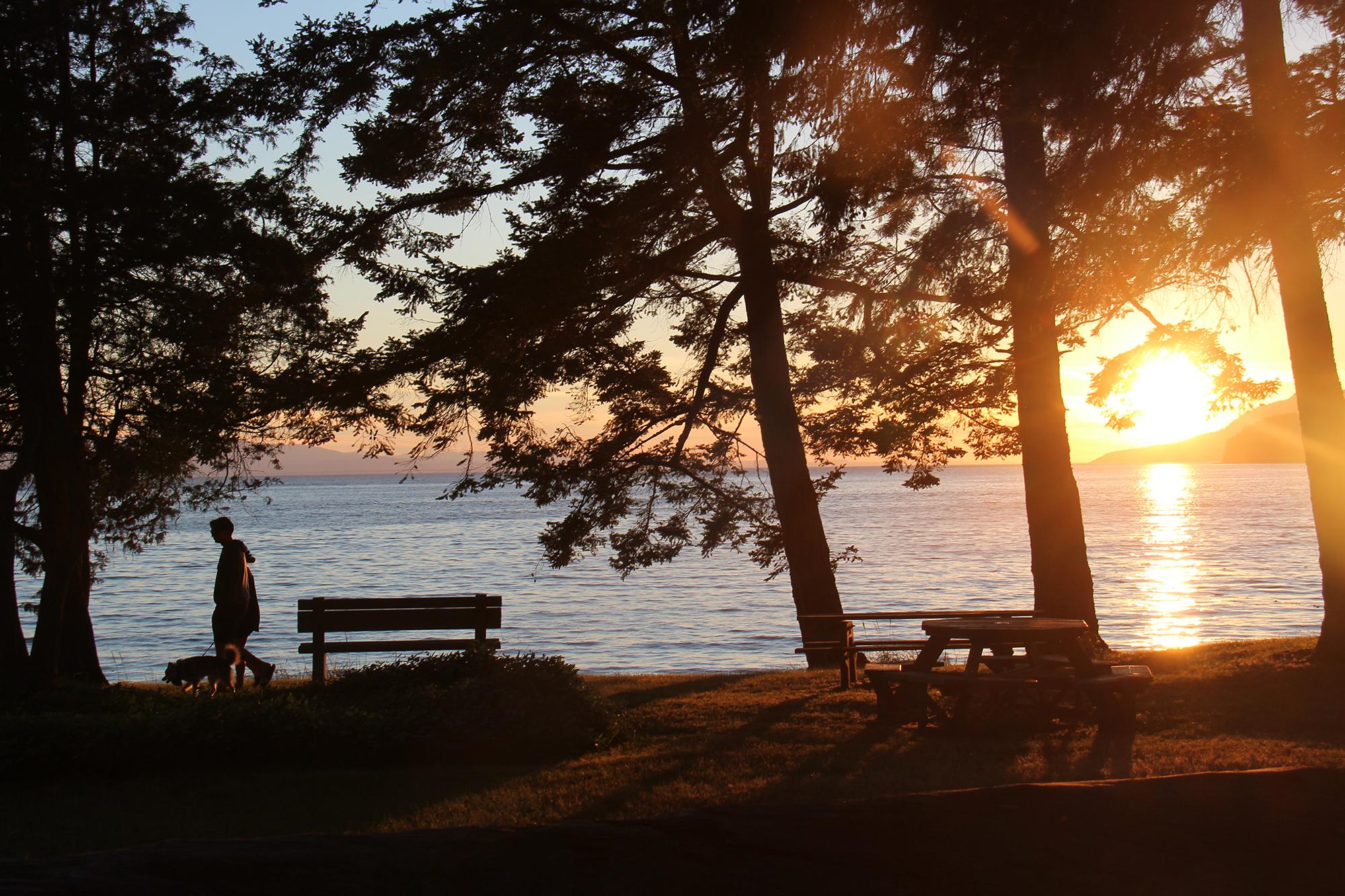 Epic sunsets are just one of the natural wonders of Texada.

“My brothers used to work in the mines here, and my dad was a mines inspector all along the B.C. coast,” says Gerald Childress, Blues & Roots Festival founder. “It’s how I was introduced to the island.”

When it comes to natural wonders, Texada’s famous flower rocks are unique to the island, along with marble, gold and limestone – indicating there are caves on the island if you know where to look.

“We’ve had true festival seekers come here, looking for a unique event to knock off their bucket list,” Childress said. “Time and time again, I hear people quote that they’ve been to those huge mega-festivals, but that our blues festival is by far the friendliest and has the best access to the performers they’ve ever seen.”

Childress says this is a festival that people go to once but always come back again and again, especially because they get to be so close to the performers. They may be sitting next to you one moment and then are jumping on the stage the next.

But that’s just one of the many reasons why you should head to Texada this summer. 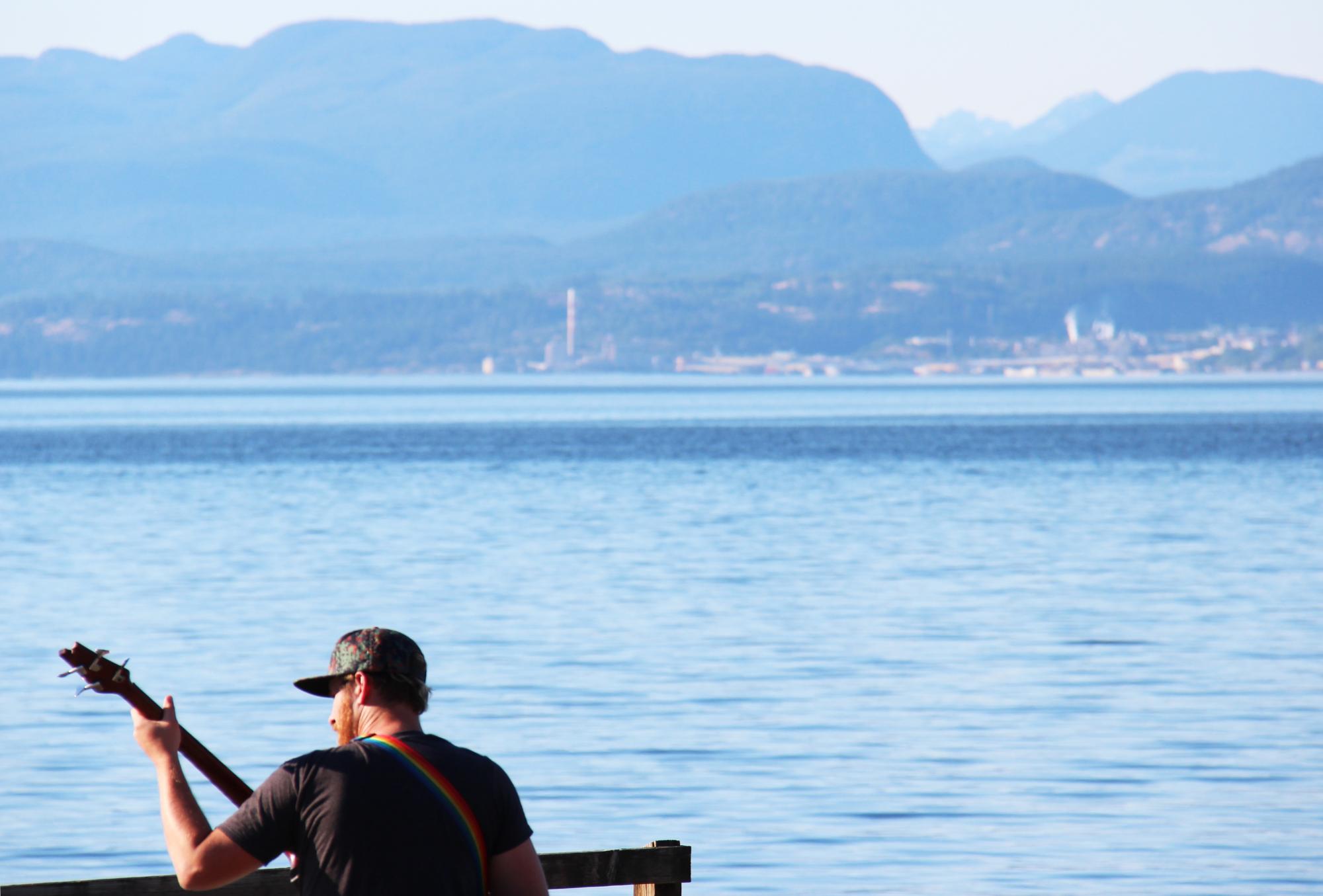 Get ready for the August 4th and 5th Texada Roots & Blues Festival. Plan your trip today...

Learn about how Sunshine Coast Tourism can help you start making plans to visit.

Texada is a delightful timewarp and not easy to get to, but that’s half the fun of getting here. Guaranteed, once you’re here you will want to stay a while. Childress suggests making a week of it; come for the Blues Festival and then stay around to check out the Sandcastle Festival only five days later.

Be there for a Sunday to catch the Texada Farmer’s Market, where you’ll get a taste of the Totally Baked fair, which won the Texada small business of the year award. Ever try a blueberry cheesecake with a brownie bottom?  How about a root beer marinated pulled pork pie? Either way, Totally Baked will have you grinning from ear to ear.

The fact that it takes three ferries to get to Texada from Vancouver is all part of its charm. But there are also daily flights from Vancouver via KDAir. Or you could make a road trip out of it and drive up the Sunshine Coast or Vancouver Island and get there with BC Ferries which has many sailings each day. (It was pretty cheap for two of us and a vehicle, under $27 for the 35-minute passage).

If you are looking to challenge yourself via one of Canada’s most intense marathons - Run the Rock this August via Texada’s annual race: Learn more here

Want to know where to camp and learn more about Texada Island? Check out my post on Outdoor Vancouver about the top five spots to play a musical instrument or simply chill on this gem of an island.