Checking out the flight simulator on Texada Island.
All photos by Jill Amery

Mind. Blown. Did you know that in the middle of the Pacific Northwest there’s a 50-kilometre long island with the only paved runway in the Gulf Islands? Or, that kids can learn to fly airplanes in a flight simulator during a summer camp? Or, that you can sit on the grass and watch planes take off and land without security searches and stress?

My son Ford and I had the opportunity to spend a day on Texada Island, discovering its rich mining heritage, gigantic trees, unique flower rocks and tight-knit community, all while learning more about the Texada Aerospace Camp for kids.

In this tight-knit community, no one drives by without a big wave. And, while grabbing a Tiger Tail ice cream at Shelter Point, you hardly have time to look at the First Nations arrowheads on display because people want to chat, and tell you about the volunteer projects they’re involved in.

Learn about all things aviation during the Texada Aerospace Camp. Plan your adventure.

I’d love go back for more ice cream during the sandcastle competition this summer – or perhaps for the Blues and Roots Festival on July 29 and 30.

But the highlight of this visit was to explore the hangar beside the runway where Ford first discovered the wonders of aviation.

I admit was blown away by everything on the sunny day as we made our way to the island. The flight from the south terminal at YVR with KD Air was a breeze in the small plane as we watched the islands below. Giggling while taking photos, my son could watch the pilot with keen interest, something you can’t do on a big commercial plane. 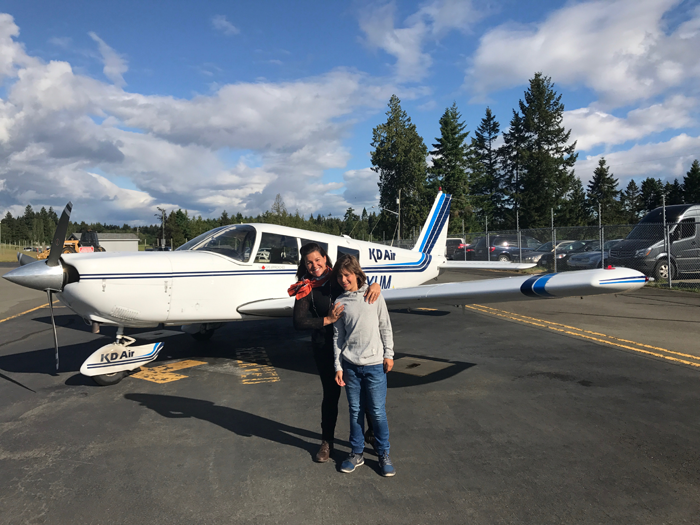 It's a quick trip from YVR to Texada Island on KD Air.

Landing on Texada, and seeing hangars and planes lined up we felt like we were in another era. I saw a man dragging his Cessna by the tail toward the runway so he could hop over to Powell River to pick up a friend. He explained the safety checks to us, then hopped in the cockpit and was off. Ford's eyes were as large as saucers.

With a community of many retired intellectuals and pilots, Texada has developed a niche in aviation. The paved runway has brought aviators to the island and they are hastily building hangars and buying homes.

In July, 75 planes will come in and jet pilots who are part of a flying formation display team will hold a huge party at the legion called the Flying Fling Wing Ding.

Founded by O.D. Dobrostanski, or "Doby" as we called the man we grew to adore, the Texada Aerospace Camp runs July 10 to 15. A former Royal Canadian Air Force technician, he’s also an accomplished artist. 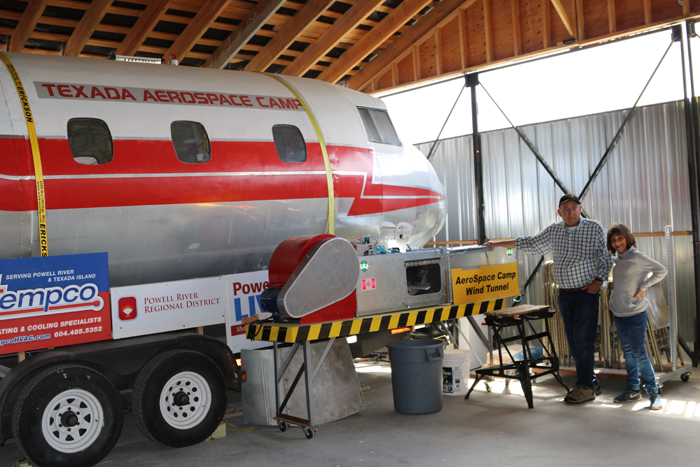 Check out the wind tunnel at the Texada Aerospace Camp

At the camp, kids 10 and older get to use radio-controlled airplanes, drones and AirBuzz flight simulators. They learn astronomy, radio operation, engage in solar experiments and take a flight in a Cessna. Not only is the camp run entirely by volunteers, but the hangar and flight simulator were also built by the community.

Ford started his tour in the extensive aviation library and then did a double-take when he saw the four-shelf collection of model airplanes donated to the Texada Aerospace Camp. As we went to the wooden plane to learn about lift and flaps, I noticed an engine used for learning and teaching. Doby explained to Ford how airplanes fly on a chalkboard.

The Airbuzz MK II simulator sat on the side of the room during the tour and Ford kept stealing glances. That's where he wanted to be, the thought of it had kept him up with excitement the night before. This was no simple video game with a controller.

A huge hollow body of an airplane, offered to the camp in 2009 for $500, glowed with lights and had an array of gauges. Ford sat in the right-hand seat while Doby took him through the controls. 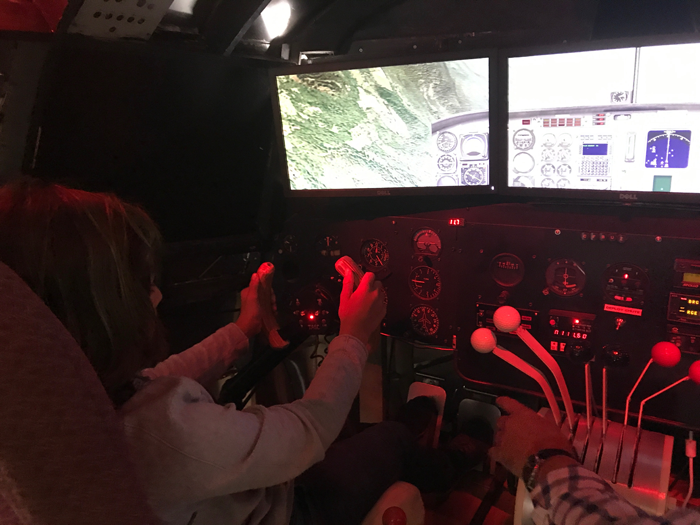 Learning to fly in the flight simulator.

The simulator runs through a laptop computer and the screen that makes the long windshield shows the gauges or the aerial view of the landscape over Powell River and Texada. Ford poked up the nose of the plane quickly, getting a feel for keeping the wings level and moving gently. Landing and taking off are more advanced skills which are taught at the camp. 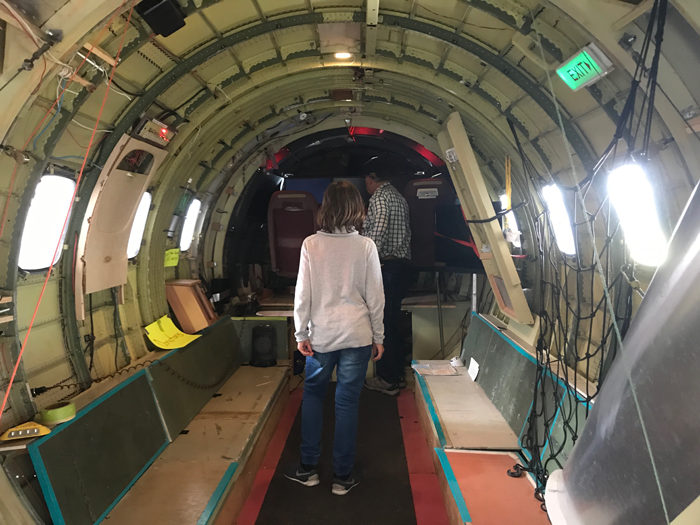 We were thrilled to get a glimpse at this fascinating camp and can’t wait to get back. We found out that in addition to the week-long camp, the centre is open for birthday parties and other events where anyone can learn more about the wonders of flying.

Not all experiences on the Sunshine Coast’s Texada Island are for kids. The island is also known for its popular Blues & Roots Festival. Check out the details here: http://www.texadabluesfestival.com

Interested in checking out the Sunshine Coast? Visit SunshineCoastCanada.com for trip-planning ideas.

KD Air runs daily service to Texada Island out of the Vancouver airport, for more on their service check here: http://kdair.com

Joining in on the the Aerospace Camp? Share this page with friends and consider inviting them along.