ATHABASCA, AB. - Feet raw from a hot afternoon of barefoot dancing, I dipped my toes into the cool flowing waters of the Tawatinaw River. Behind me, the band played on.

Flashes from a Canada Day spent at the Magnificent River Rats Festival played through my head. Classic hot rods lining the streets, kids racing after candy thrown from colourful floats, hundreds of tennis balls bouncing down the road.

Sure, if I had to pick just one highlight it would be the music - the festival manages to draw strong acts year over year, including Juno-celebrated artists - and that is where the festival organizers have always hung their hats.

In past, they’ve drawn the likes of Prairie Oyster, George Fox, Doc Walker, Corb Lund, Trooper, Big Sugar and Dear Rouge. This year’s headliners include Doug and the Slugs and children’s favourites Sharon and Bram.

But the music alone doesn’t encapsulate the experience. I’ll give you a hint: it’s in the name. The river rats, as legend has it, were the toughest men to ply the river in the early days of fur trading in the Athabasca region. So legendary were these men that Robert Service - Canada’s poet of the North - immortalized them in the poem “Athabasca Dick.”

These days the passage north is an easy two-hour drive on Highway 2 North from Edmonton through Alberta prairie and boreal forest. For modern-day explorers making the trek from the city, it’s the first step to disconnecting from the busy urban environment.

Entering town, it’s funny to think that Athabasca once could have been the provincial capital but for a rerouting of railway lines. Instead, that little change of fortunes helped the town preserve its frontier feel. With a population of about 3,000, just about everyone knows each other and you can walk most anywhere. 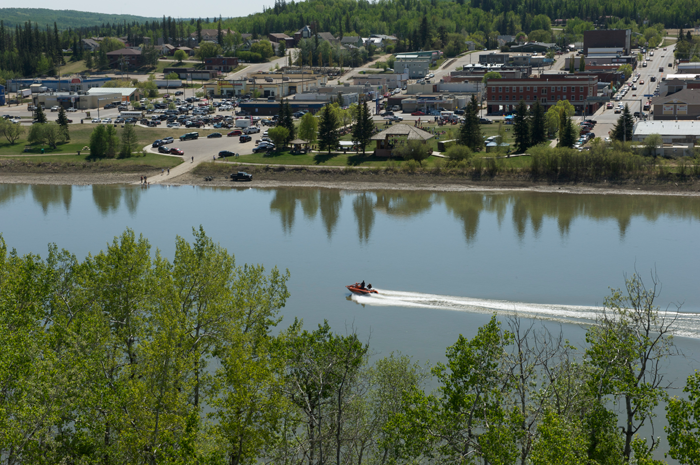 The festival grounds occupy River Front Park, a large green space with a main stage that backs onto the river. A paved trail snakes along the riverfront, dotted with interpretive panels and murals telling the early history of the area. Historic walking tours are offered during the festival weekend, for those that want to learn more and see more of the heritage sites.

On July 1, audiences can expect big time small town fun, with pancake breakfast, the traditional parade (like only a small town can), food trucks and retail vendors, classic car demos and more. The local Lions host the tennis ball drop, a race where participants buy tennis balls and race them in a mass start when a huge tub of balls is dumped down the street. 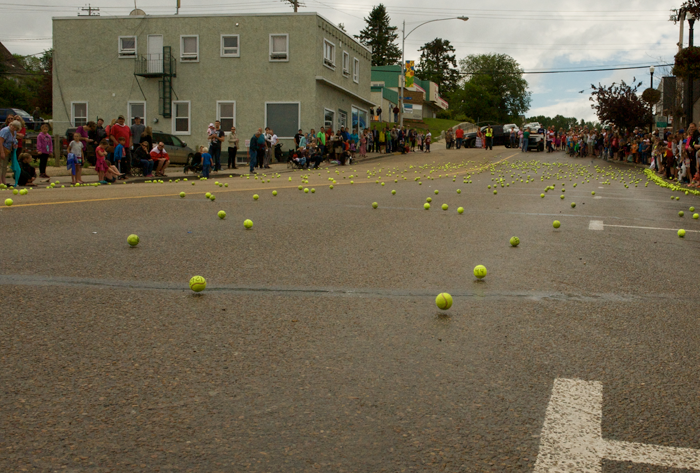 The annual tennis ball drop is a goofy way to have some fun.

The organizers have thought of just about everything to entertain the younger crowd, from lawn games like giant jenga to face-painting, bean bag toss, potato sack races and even shaded reading nooks.

Beyond headliners, the River Rats lineup is diverse, showcasing talent from the region and up and coming acts, including the Lazy Saviours, North Bank Stragglers, Final Eclipse and more. There is a mini “discovery” festival vibe, acknowledges Ida Edwards, festival president.

“We’re excited to have a broad spectrum of genres over the two days. All the groups are going to bring a lot of energy to the stage,” she says. “It’ll be a couple great nights on the riverfront. Bring your chairs, kick back and watch the clouds and listen to some music.”

From personal experience, I know she couldn’t describe it better than cloud-watching, toe-dipping, ear-tantalizing good times by the river. 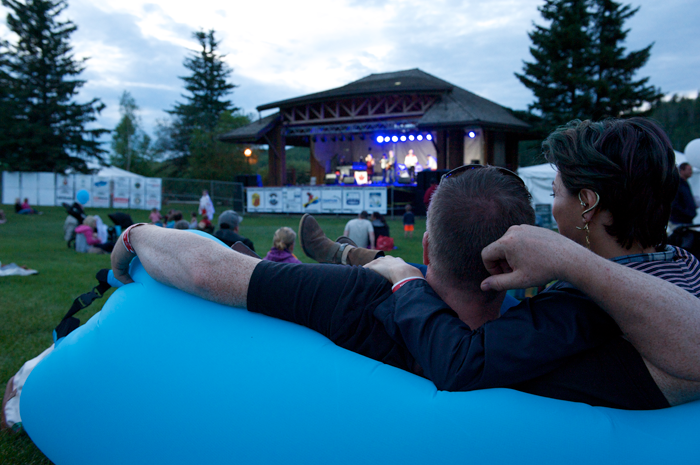 Grab your lay bag and get ready for an incredible weekend.

Advance two-day pass is $35
Daily general admission is $25
Daily rate for seniors and youth 12-17 is  $20
Children 11 and under get in free with an attending paid adult admission.

Order your tickets at www.riverratsfestival.com

Did you know the Athabasca Train Station was built in 1912 and was a hub of activities for early settlers? Find out more about the Athabasca region here.

Get more information about the River Rats Festival.

Purchase your tickets to the River Rats Festival here.