Get Your Motor Running at St.Albert's Rock'n August

Cars and rock ‘n roll go together like peanut butter and banana sandwiches. Which is why St. Albert’s Rock ‘N August car and music festival is a perfect partnership and a hugue hit year after incredible year.

From Tuesday, Aug. 6 until Saturday, Aug. 10, the city of St. Albert will be taken over by cruisers, hot rods, classics and customs. Car owners will have the opportunity to show off their pride and joy at several venues including the Friday Night Cruise and the long-standing Show and Shine.

“At its core, this event is a fundraiser for the Alberta Diabetes Foundation," says Bruce Randall, manager of business development for the City of St. Albert. “It was modelled after shows in the States which last four or five days.” After two very successful years, the St. Albert Cruisers, Cosmopolitan Clubs and the St. Albert Chamber of Commerce formed a partnership, added a musical element, and thus, Rock ‘N August was born. This year it marks its 17th year. 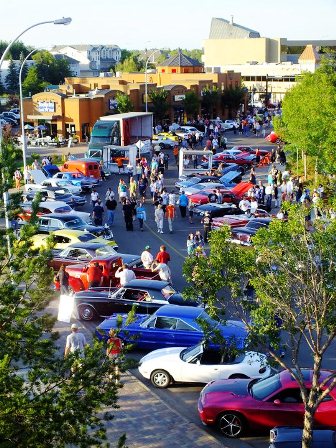 Since its humble beginnings, the St. Albert Rock N’ August festival has grown both in attendance and number of events it boasts.  Some of which include a pancake breakfast, barbecue, drive-in movie, soap box derby, car "road-eo" and a cabaret style rock concert. This year, organizers are expecting crowds in the 15,000 – 20,000 range and have set a goal to raise $150,000 for the Alberta Diabetes Foundation.

“I don’t think you’re going to see a variety of cars anywhere else like what we’ll have at this event,” says Rock ‘N August marketing manager Ken Jones. “There’s more than 50 categories for prizing and the styles of cars range from Model As to tricked out hot rods.”

Many local drivers who register early are featured at Rock ‘N August, but some car owners come from quite a distance to participate. “We’ve had cars from as far away as California and the Northwest Territories,” states Jones. “This is a large event on the circuit and people will drive here. They make a vacation out of it.” 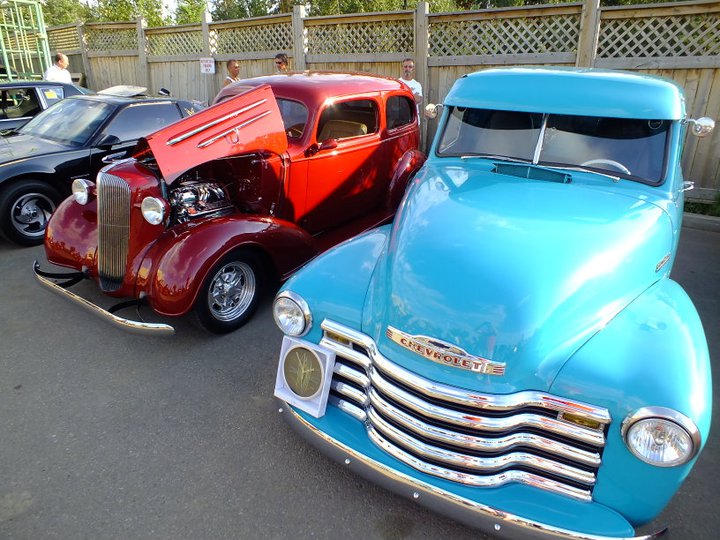 Attendees will have no shortage of events to choose from at a reasonable cost. With the purchase of a $3 button, you have access to the Friday night street dance featuring Gary Martin and the Heavenly Blues, and the famous Show and Shine set in the Sturgeon River Valley. For a $10 donation, take the whole family to the drive-in for a screening of Disney and Pixar’s hit animated film Cars, sponsored by Servus Credit Union.

Watch for details on the lineup for Saturday night’s rock concert. 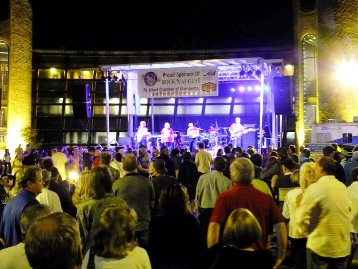 Quite possibly, the best part of the whole event is free – the knowledge and camaraderie found between car enthusiasts. “Our drivers are very open to speaking with the public,” says Jones. “They love to talk about how they built their cars. Sometimes, older folks relive their youth by buying vintage cars they had as kids and it’s always fun to reminisce.”

So you have a few reasons to mark August 6 – 10 on your calendar; cool cars, great music and tons of fun for every age. And it is all for a good cause. 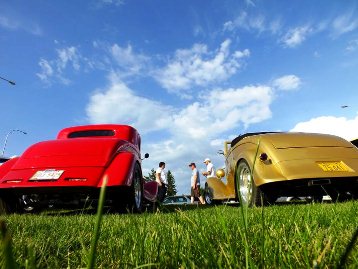 Keep the excitement alive in Lloydminster. Mid-August means it’s time for the Lloydminster Westridge Canadian Professional Chuckwagon Finals. With 32 of North America’s finest drivers and their teams lining up for a spectacular week of races and entertainment, you're in for a treat.

Don't miss these 7 fall festivals in BC and Alberta

Fall is definitely upon us. The snow is falling as fast as the leaves and kids are madly going about making costumes to wear under their winter coats.

Alberta’s capital city has some fun and unusual claims to fame.

Food trucks with a twist: Where to find Western Canada’s most unusual - and delicious – street food

In this age of convenience, food trucks are an on-the-go foodie’s dream.

Porkapalooza: Ready to serve up the goods

Porkapalooza is a BBQ competition with tonnes of entertainment! Enjoy a food festival that explores the art and culture of BBQ.

Barbecue and rock ‘n’ roll (and for that matter, country music) have always seemed to go hand in hand, which is the key to the success of the Porkapalooza Concert of Hope series.

The Re-Definition of Folk

In keeping with tradition, festival organizers have faithfully branded the event as the "Folk Fest" since its inception.

The Folk Fest: An Edmonton Institution

With 33 years of history, it's safe to say the Edmonton Folk Fest is a local institution.

With years of experience under its belt, the Edmonton Folk Fest is steeped in tradition with a large fan base of regular concert goers that go year after year.

This year the Fringe will host over 800 artists who will bring you more than 1,800 theatrical performances. With so many shows to choose from, where does one begin?

The Edmonton International Street Performers Festival was the first of its kind in North America. It is known worldwide for its amazing artists and generous audiences.

In 2009, The Works launched The Works Canadian Aboriginal Artist Program to highlight the artistic contributions that contemporary Aboriginal artists make to visual culture.

Information on how to become a volunteer, a billet host, a dream maker, or a member of the Opera NUOVA's Board of Directors.