You often hear people fondly reminiscencing about the glory days of music festivals. Back then they were much better than they are now, you'll hear them say. That was before they got big, corporate and costly for attendees.

Well, that notion is alive and thriving with the Sasquatch Gathering and it is ready to go again this July 26 to 28, 2013.  This will be the Gathering’s 18th season at Rangeton Park just outside Evansburg, AB, about an hour and a half west of Edmonton.

What makes the Gathering so spectacular is that it has retained a small, intimate vibe.  The Rangeton Park Sasquatch Gathering is certainly a rarity. Many festivals nearing their second decade of operation, will at some point find themselves in a quandary of having to “grow up” and get bigger or risk fading away.  The dedication and time commitment are far too large for almost anyone who does not have an unending bank account and free-time supply to match. Thanks to the tireless efforts of John Armstrong, the original and continuing organizer, the Sasquatch Gathering has kept going while staying true to its roots.

“It’s one of the smallest festivals of its kind at around 500 people, so it’s quite intimate,” said Armstrong.  It's also affordable at $75 for the weekend, which includes camping.

“This is a beautiful site with a massive and sturdy stage,” he adds. 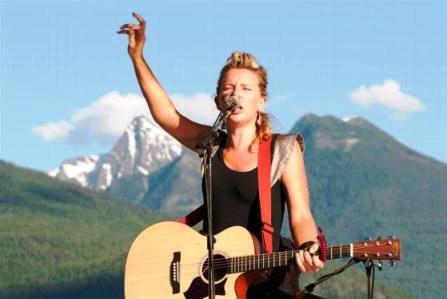 Musician, singer and songwriter, Scott Cook, had his first ever Canadian festival performance at the Gathering and will be on hand to emcee the Sunday evening portion this summer.

“It’s managed to kind of go under the radar for a long time,” said Cook.  “It might be because it’s never been in one place for longer than three years, so you don’t build up that local following.  But Rangeton is a great venue.”

“It’s really small and unpretentious.  It’s a participatory festival.  Everyone is in it together and you never know what you might end up doing.  I remember one year a nasty hailstorm rolled in and ten of us were holding this tarp down protecting all the sound equipment while John passed around a bottle of whiskey.”

The Sasquatch Gathering’s unique and intimate feels is reinforced by the Saturday evening Potluck Dinner and the First Nation’s inspired communal sweat lodge.  The Hut is constructed on-site near the river bank and a team of volunteers keeps it pumping throughout the weekend. 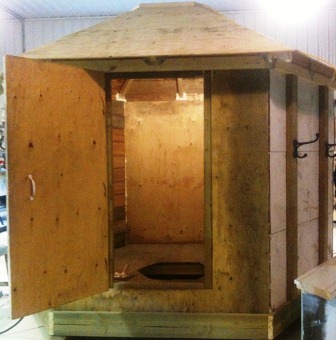 “It’s non-traditional, there are no shamanic rituals, unless you want to go there, I guess...it’s definitely the only festival I’ve been to with a sweat lodge,” says Cook.

The Sasquatch Gathering features a wide range of music, with three bands from Australia in this year’s lineup.  From country murder ballads and folk to blues and spacey electronica, there is certain to be something for everyone’s tastes.

For more information on the Sasquatch Gathering, visit www.sasquatchgathering.com. 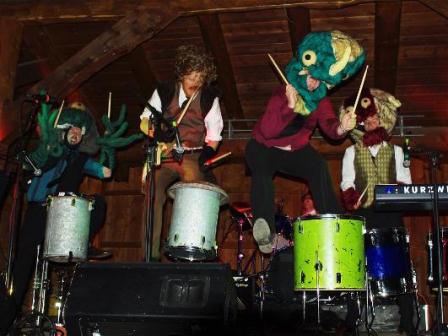