The Edmonton International Street Performers Festival is proud to present the successful Comedy Cares program. Proving that laughter has the power to heal, Festival cast members use their perse talents to bring smiles, chuckles and giggles to patients, family and staff in local hospitals and long-term care facilities during the festival and year round.

“Of all of my work at the Street Performers Festival, I am most proud of the Comedy Cares program. Brightening the lives of those who cannot join us in Sir Winston Churchill Square, is a priority and a privilege for the festival and its performers,” said Festival Artistic Producer Shelley Switzer.

The program has grown as part of StreetFest over the past 27 years and was officially called Comedy Cares 13 years ago. Now a year-round program that tours throughout Alberta and British Columbia, it focuses on specialized forms of clowning, improvisation, character work, music and comedy which are tailored for hospital patients and care facilities.

If you would like to book a Comedy Cares Visit for your facility or community please contact Shelley Switzer, Artistic Producer at: 780-425-5162 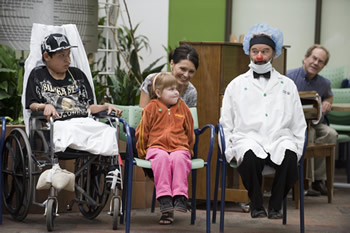 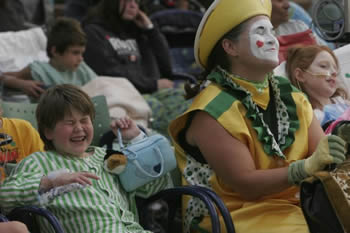 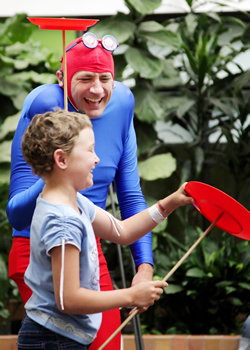 Don't miss these 7 fall festivals in BC and Alberta

Fall is definitely upon us. The snow is falling as fast as the leaves and kids are madly going about making costumes to wear under their winter coats.

Alberta’s capital city has some fun and unusual claims to fame.

Food trucks with a twist: Where to find Western Canada’s most unusual - and delicious – street food

In this age of convenience, food trucks are an on-the-go foodie’s dream.

Porkapalooza: Ready to serve up the goods

Porkapalooza is a BBQ competition with tonnes of entertainment! Enjoy a food festival that explores the art and culture of BBQ.

Barbecue and rock ‘n’ roll (and for that matter, country music) have always seemed to go hand in hand, which is the key to the success of the Porkapalooza Concert of Hope series.

Get Your Motor Running at St.Albert's Rock'n August

Cars and rock ‘n roll go together like peanut butter and banana sandwiches. Which is why St.

The Re-Definition of Folk

In keeping with tradition, festival organizers have faithfully branded the event as the "Folk Fest" since its inception.

The Folk Fest: An Edmonton Institution

With 33 years of history, it's safe to say the Edmonton Folk Fest is a local institution.

With years of experience under its belt, the Edmonton Folk Fest is steeped in tradition with a large fan base of regular concert goers that go year after year.

This year the Fringe will host over 800 artists who will bring you more than 1,800 theatrical performances. With so many shows to choose from, where does one begin?

The Edmonton International Street Performers Festival was the first of its kind in North America. It is known worldwide for its amazing artists and generous audiences.

In 2009, The Works launched The Works Canadian Aboriginal Artist Program to highlight the artistic contributions that contemporary Aboriginal artists make to visual culture.

Information on how to become a volunteer, a billet host, a dream maker, or a member of the Opera NUOVA's Board of Directors.