All fired up for the Tongue on the Post Folk Festival

All fired up for the Tongue on the Post Folk Festival

This rare winter folk festival ‘is all about the music’ and the cool, intimate venue 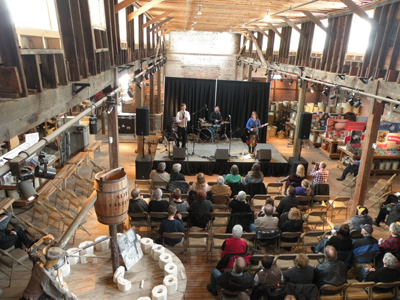 MEDICINE HAT, AB – When singer-songwriter Linda McRae heard about the Tongue on the Post folk music festival, she immediately thought of the childhood dare. “I love it.”

The Vancouver Island native, now based in Nashville, is excited about playing the festival in Medicine Hat for the first time this year.

Though Tongue on the Post (Top Fest) happens in the depths of winter and mainly features Canadian musicians, it’s a soul-warming event that takes place in the cozy confines the old brick kilns of Medicine Hat’s historic Medalta Potteries factory from Jan. 25 to 30. 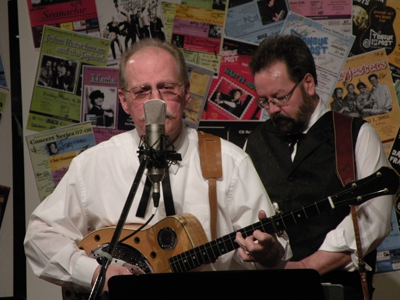 Festival-goers will hear a wide range of roots, folk and bluegrass over five days.

“I’ve seen photos of the kilns and people playing inside them and I just can’t wait. It looks like an amazing venue and I’m thrilled to be playing.”

You’d be hard pressed to find any other festival that happens with brick kilns as a backdrop in a factory-turned-interactive-museum.

Anyone who’s played or attended the TOP Fest says there’s just something extra acoustically warm and rich about the music played inside the old factory, which was one of the main employers of the city around the turn of the century.

Beat the Winter blahs with the Annual Tongue on the Post Folk Festival Jan. 25-30, 2016. Staying for the night? Get more info on accommodations during the festival here.

But it was the frosty name that grabbed attention. When the founders were throwing around names for the festival, Tongue on the Post conjured an image, says Laurie Christiansen, one of the festival organizers.

“There were many suggestions, but we all know how Canadian it is to dare anyone to put their tongue on a frozen metal post! Everyone liked the expression,” she said.

You could say the name just stuck.

Never mind the sheer unconventionality of the name of this folk music festival, officially now in its 10th year; it’s the offbeat venue that gets music lovers and musicians all fired up. 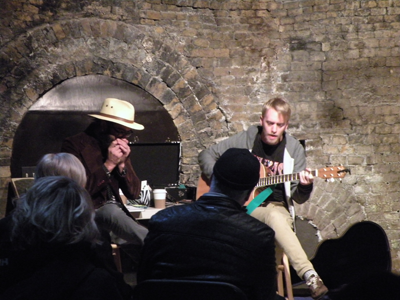 The brick kilns lend an acoustically rich sound to the music.

'It's all about the music'

That has a lot to do with the passion of founding members of the Medicine Hat Folk Music Club, who started the festival. They were so fond of their summer folk music festival experiences they wanted more in the off-season.

Christianson says, they all asked, "Why couldn't Medicine Hat have folk music concerts and maybe even a folk festival some day?"

Ten years later, they’re still attracting acts people want to see because as Christiansen says “it’s all about the music.” They ask themselves every year ‘are we still having fun?’ which inspires them to keep the music and the event fresh and they always try to include new up and comers.

The venue alone – a living, working museum, keeps the festival interesting and showcases Medicine Hat’s history and the real people who worked and lived there. “You are surrounded by the actual brickwork and pottery of the past,” says Christiansen.

“The sound bounces between these pieces and off the museum walls,” she says. “Being surrounded by the sound inside that room is an indescribable experience.”

For people who love to be in close proximity to the music and musicians, this is an excellent event.

“There’s never more than 350 or 400 people at the main stage on any evening and people just get into the groove of the venue, dancing in the aisles and interacting with the musicians,” Christiansen says.

Then there are the afternoon side stages that let festival-goers get to talk and spend time with musicians. “You won’t be just a face in the crowd – you’ll get to know the people sitting beside you along with the musicians in front of you.” 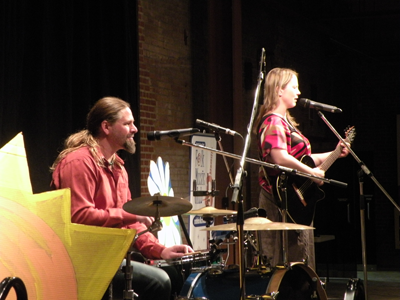 Some of Canada's top folk musicians come to play at Top Fest.

For McRae, that sounds ideal. She’s just finished a cross-Canada tour promoting her new album, Shadow Trails. “I only to get hear myself so I’m really excited to hear other musicians. I really get inspired by other people’s music.”

There’s plenty of opportunity to do just that. Special workshops this year include a ukulele workshop with Andrew Scott, who will have 30 ukes for anyone who wants to learn. There will also be food vendors on site so you don’t miss an act. Then of course, there are tours in the interactive museum that showcases a fascinating slice of Medicine Hat history that is central to the town and this festival.

Check out our FestivalSeekers overview detailing the week’s events, which includes the following highlights:

Looking for a place to stay during the festival? Check out medicinehattourism.com

Get details on the festival at http://topfest.ca

Are you taking in the Tongue on the Post Fest this year? Share this page with your folk-music loving friends and start planning.